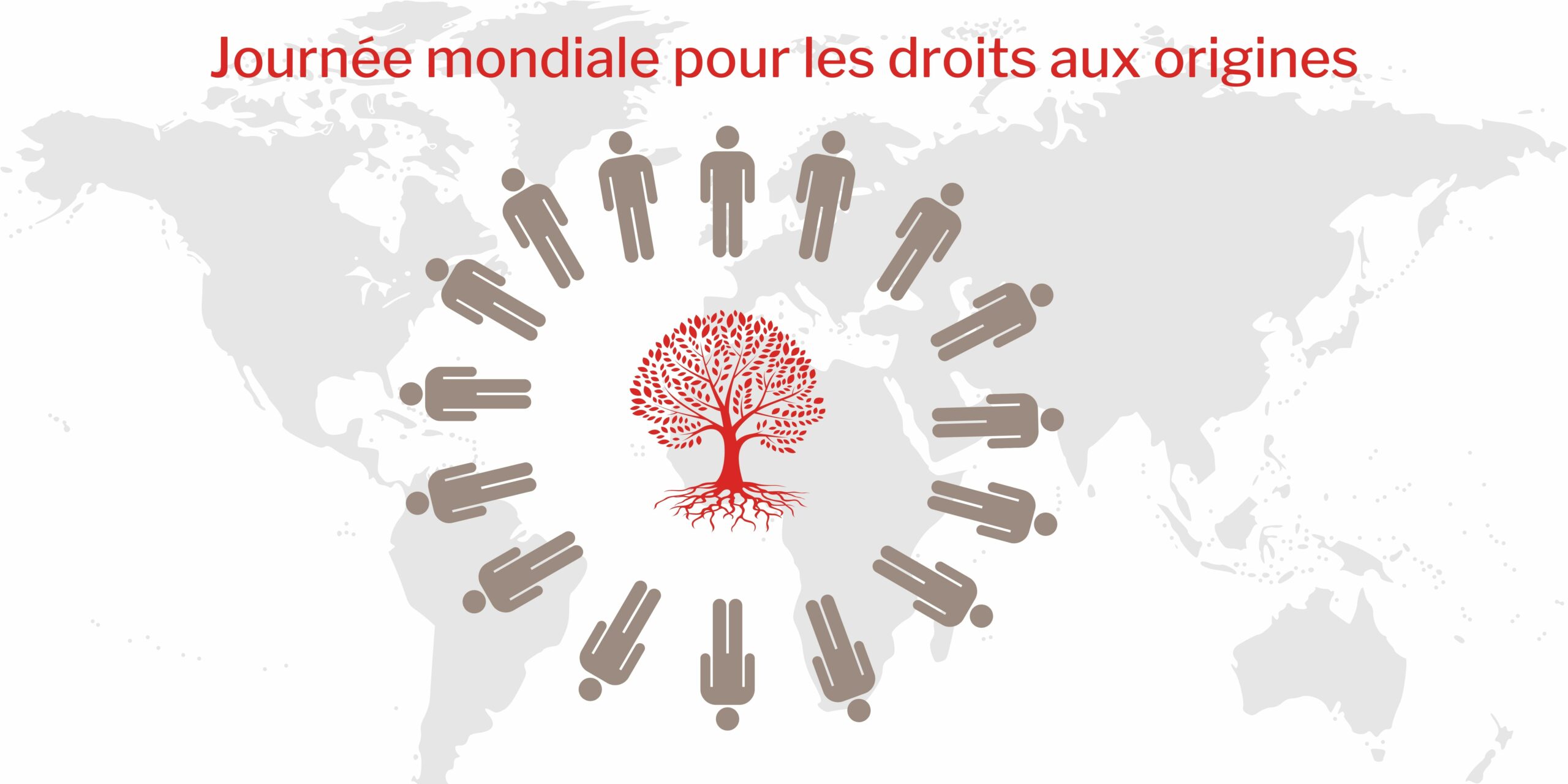 From the roots come the flowers

Since 2014, May 30th is the World Origins Right Day. Thanks to the Collective for the Coordination of actions for the right to know one’s origins (« Collectif pour la coordination des actions pour le droit à la connaissance des origines » in French), this day is to remember the fight of those born under anonymous childbirth and who want to know the identity of their biological parents. Let’s take the opportunity to support the search of these people for their biological origins, and look deeper into the question of the origin and how they define us as human beings, a matter more complex than meets the eyes.

According to the CNRTL (The French National Center for Textual and Lexical Resources), the word “origin” can be defined by the thing from which beget something or someone. Therefore, to understand the person or the thing, we have to look closer to the origins of it. Marcus Garvey said: “A people without the knowledge of their past history, origin or culture is like a tree without roots.” What is right about a group can be applied to a single individual: one needs their roots to exist.

When we meet new people at a social gathering, one of the first questions often asked is “where do you come from?” This question is trivial and simple but its answer is in reality much more complex than that. As a matter of fact, the discussion partner wants to discover a part of our identity that influences our lives considerably. But what does this person really want to know, and what part of our identity is it?

For some, the answer to this question is their geographical origin. For others, it will be the cultural one. On World Origins Right Day, it is essential to acknowledge that knowing our own biological origins is essential for our individual self-construction. It is also important to acknowledge that the makeup of origin is diverse, and that there are just as many ways to live and define it as there are individuals in the world.

During the past few years, the emerging genealogical DNA test market underlines the real need to understand our origins in all its details. It also highlights the fact that we must always think of anybody’s origin in plural. Therefore, even if one grew up in a family that we may label “monocultural”, it does not imply that their origin followed a singular, straightforward path. The difference between our geographical, biological, ethnic and also social origins for example proves that one can define themselves in many possible ways.

Asking about someone’s origin is always asking a highly personal and intimate question. It is not because one comes from a certain culture, or that their parents are A and B or C and D or A, B and C that they will automatically agree with this definition of what makes up an individual. Growing up between two continents, two countries with three different cultures, the question “where do you come from” is very difficult for me to answer because I have to summarize something that cannot be boiled down into one sentence. For the longest time, I believed that I had to give a short answer to the question “where do you come from”. It is too reductive to expect an answer to this question in just a few words.

In a professional context, one’s behavior, way of acting and thinking are the fruit of an education, training, and many experiences learnt from many different organisations  which all have their own culture. The linguistic collocation “corporate culture” is no stranger to us but its products are not as familiar. Because our differences are a wealth and give birth to new ideas that would have never taken shape in a monocultural context, trusting people and understanding their path of action are core qualities of a proactive collaborator in a team.

To answer the question “where do you come from” and not scare away my discussion partner, I took the habit to smooth out my answer and the many origins that define who I am. I was somehow putting my personality on ice and it was a weakness, because I did not have enough courage to express my ideas loudly and my way of thinking just because they were not matching the cultural context in which I was. A major part of my academic pursuit was abroad, and my refusal to endorse it was muting it and not giving it the chance to contribute to the projects I was involved in.

Because we build ourselves up a little bit more every day, because we read, listen, eat and are doing all of that with everyone, we constantly redefine ourselves and our origins, a part of us which will inevitably shift and transform during our lifetime. We should not be scared to express our origins when we know them because they add touches of uniqueness, for us, and for our peers too.

An article written by Elsa Héloïse Atona-Boundji, member of the Sales department at Junior ISIT